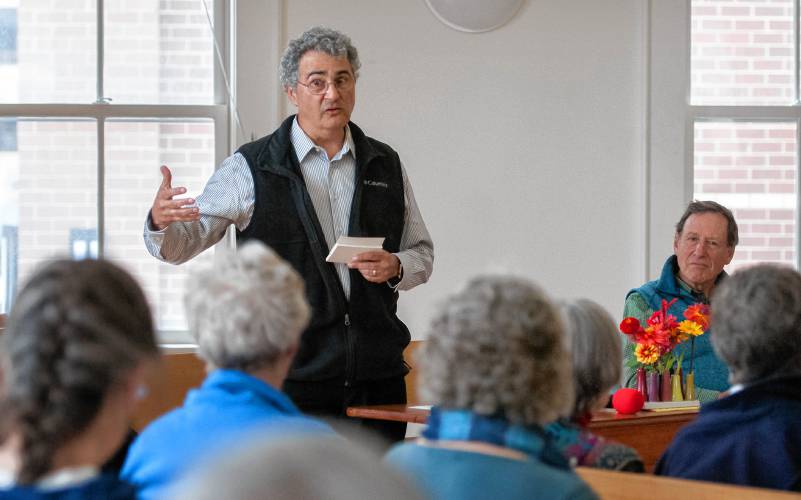 Despite the Massachusetts Medical Society dropping its opposition to the bill, the state’s End of Life Options Act failed to make it to a vote before the legislative session ended.

While supporters of the bill are disheartened by the action, those opposed to the act say the bill got what it deserved.

The Legislature’s Joint Committee on Public Health referred the bill for further study late last month. The bill was the fifth such bill filed by its chief House sponsor, Rep. Louis Kafka, D-Stoughton. Supporters of the bill call these “death with dignity” laws, while opponents call them “physician-assisted suicide.”

“I’ve sponsored this bill for a number of years and I felt that this session it perhaps had a better chance than ever, largely because the Massachusetts Medical Society, which represents physicians, changed its position,” Kulik said. “I felt that it was a positive step for this bill and its prospects, but the committee decided to send it to a study once again.”

In the latest bill, introduced Jan. 18, 2017, patients looking to qualify for medically assisted death would need to have less than six months to live, make the request orally and in writing, have two physicians sign it, and have a mental health professional ensure the patient is making the decision in sound mind. After a 15-day waiting period, the patient would be given the drugs to take if they choose.

The act did not require health care providers to participate and allowed them to opt out without facing punishment.

The Massachusetts Medical Society announced in December that it had rescinded its opposition to “the act of a physician writing a prescription for a lethal dose of medication to be used by an adult with a terminal illness at such time as the patient sees fit.”

At the same time, the society adopted a position of “neutral engagement, which allows the organization to serve as a medical and scientific resource as part of legislative efforts that will support shared decision-making between terminally ill patients and their trusted physicians.”

Kulik and state Rep. John Scibak, D-South Hadley, were sponsors of the bill. Both are stepping down this year, but said they are hopeful the bill will pass in the future.

“When one looks at an organization that is as powerful and well respected as the Massachusetts Medical Society having taken a position absolutely opposed last session and now in support this session, I think there is definitely the possibility of things changing in a subsequent session,” Scibak said.

John B. Kelly, director of Second Thoughts, a grassroots group in Boston, said the bill “got what it deserved.”

“The committee listened to everyone with a stake in this and that especially includes disability rights advocates, because we brought forward objections that are really unanswerable,” Kelly said. “The bill does not just apply to people who are terminally ill but to people who are mistakenly judged to be terminal.

Florence resident Chris Palames, who is executive director of Independent Living Resources, called the bill’s failure to make it out of committee “terrific.” Opposing the act, Palames said there were unintended consequences many were unaware of and that the first thing that needed to be dealt with was “our broken health care system as a whole.”

“Once people have an assurance that they can live with dignity, then you can start making those decisions in a way that really addresses the concerns of all the communities that would be affected by that kind of legislation,” he said. “I and lots of my good friends and colleagues in the world of disability advocacy are very pleased.”

John Berkowitz, director of Pioneer Valley Death With Dignity, said he was dismayed and disappointed by the bill’s failure.

“We are going to go back and try and build a stronger and more vocal groundswell of support throughout the state, so that when this bill is re-introduced in January of the next session there will be a different outcome, and next year the bill will pass the joint health care committee, and hopefully will be passed by the whole Legislature,” Berkowitz said.

Voters turned down a “death with dignity” ballot initiative in 2012 by a margin of 51 to 49 percent. Northampton’s City Council unanimously approved a resolution last fall calling on the Legislature to pass the act. Amherst Town Meeting passed a similar measure in November by a supermajority.

Emily Cutts can be reached at ecutts@gazettenet.com.